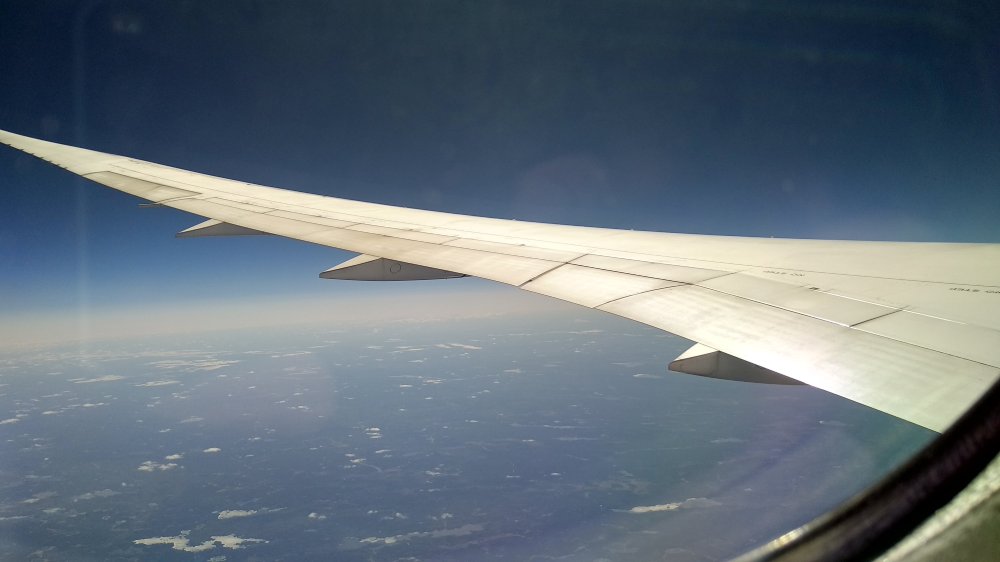 We arrived at Heathrow in good time & with no major hold ups. The M40 was good to us thankfully.
The first laugh of the hols was Daws buying a travel pillow. Not only was it “luxury” it cost him £22 – ouch! However when he stuck it on it looked like some floatation device for an adult who can’t swim….not only that, it looked like it was going to suffocate him.

It’s been a while since I’ve done a long haul so I was pretty excited to get on something bigger than a Ryanair tin can. Especially since we forked out a small fortune! The United 787 was pretty cool, clean and I liked those tinting windows. Gone are the pull down shades. However, outside is not totally black, it’s blue.

What was cool, was seeing the ice roads carved into the frozen lakes. I’ve seen the ice road truckers on TV and it was ace actually seeing what they drive over first hand.

We grabbed an Uber to our nearby hotel (Hampton Inn) which was great. The driver loved footy and supported Liverpool so that was a good start to the hols.
The hotel was pretty good, a standard American hotel. We didn’t do much as we both felt Knackered with the travelling. Anyway, tomorrow is when the adventure starts!