Yesterday we wanted to get a good few miles tackled so we didn’t have to do a large journey on the penultimate day.

Leaving Defuniak Springs we pootled along i-10 for a while until I remembered a place I wanted to stop off at. There aren’t many times you can say you’ve visited BAGDAD! Sure enough in America there’s a Bagdad although not spelt the same. It’s was purely a photo stop.

One quick fact, it is the home town of Bubba Watson (Golfer) the two times US master champ.

We stopped of at Picayune which is a little town for a coffee and muffin. The wall art here was great! We had a bit of a wander around as we were ahead of schedule. 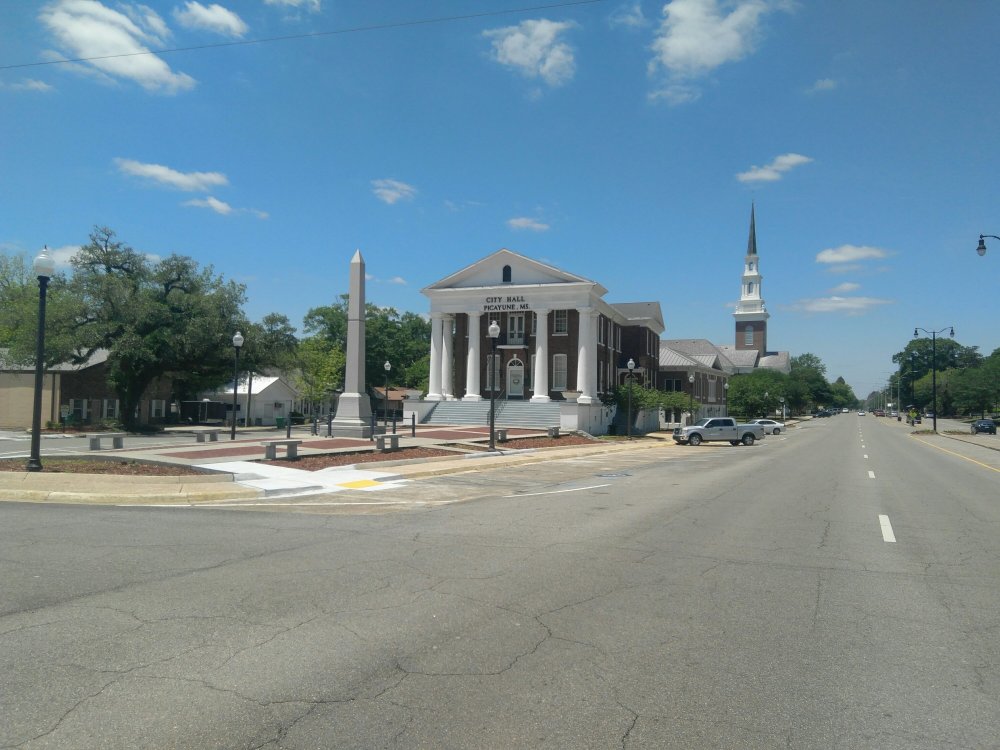 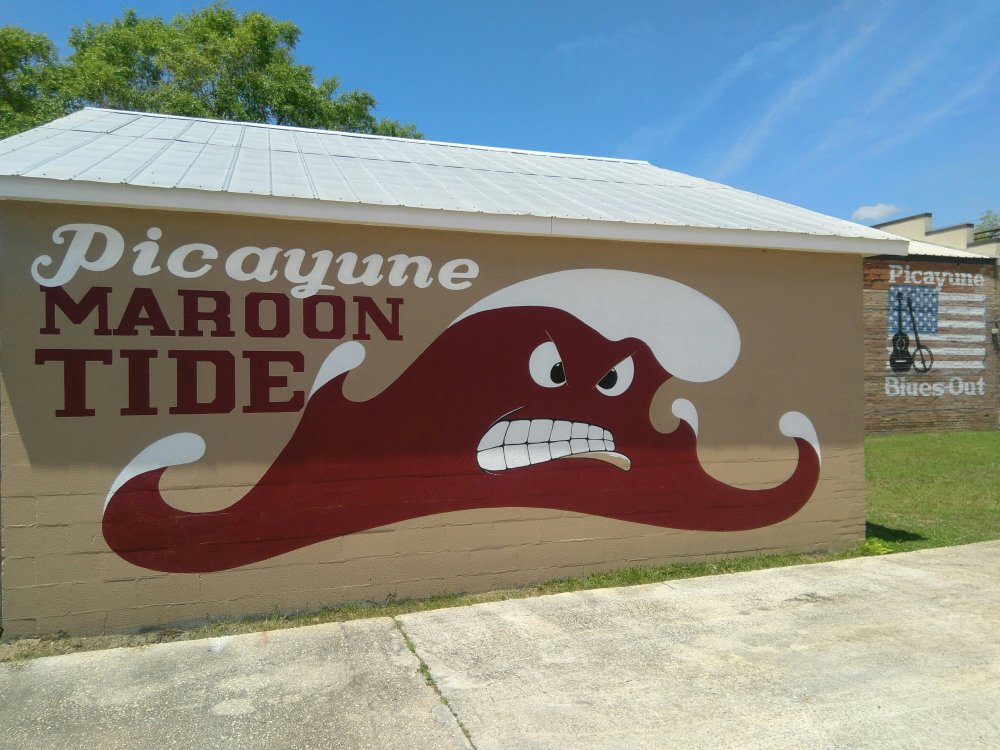 We arrived in Slidell, Louisana ready for our Cajun Encounters swamp boat tour. It was going to be great rounding off the road trip with this two hour bonanza.

21 of us jumped aboard the boat which was powered by 225hp motor. Ed our tour guide and captain reversed out of the jetty, gave a few tips e.g. don’t pet the wildlife as they WILL eat you. Next he cranked it open and we were bombing it down the river at some pace. It was bloody awesome!!!!! He pointed out that Katrina had caused 18ft rise on water levels. He pointed out the house on the waterside were completely submerged. Now, building regulations say they’ve to been on stilts a minimum 18ft, where’s before it was 10ft. This picture shows two houses and the difference of heights. 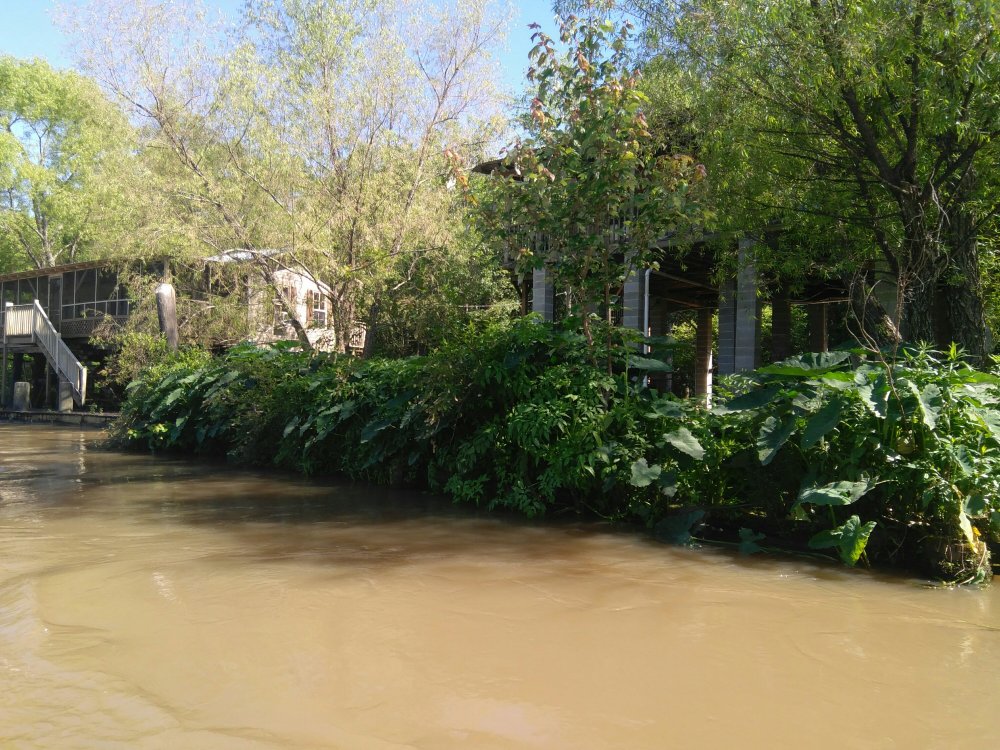 It was time to feed alligators, so this little savage jumped right up. The guide said any bigger and they can jump in the boat. 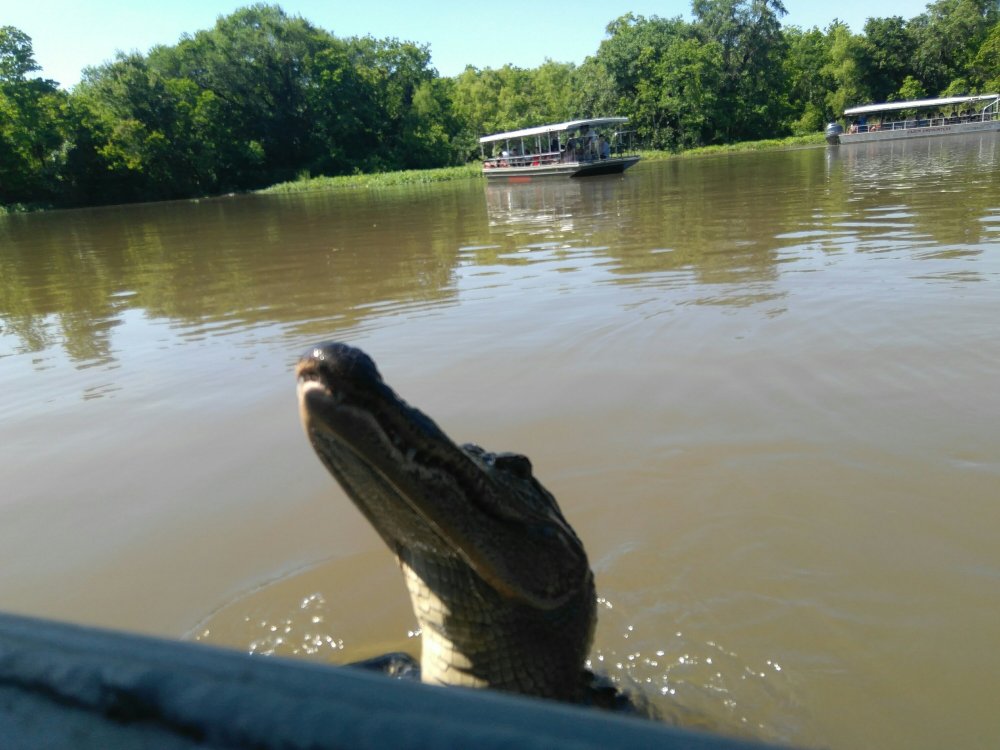 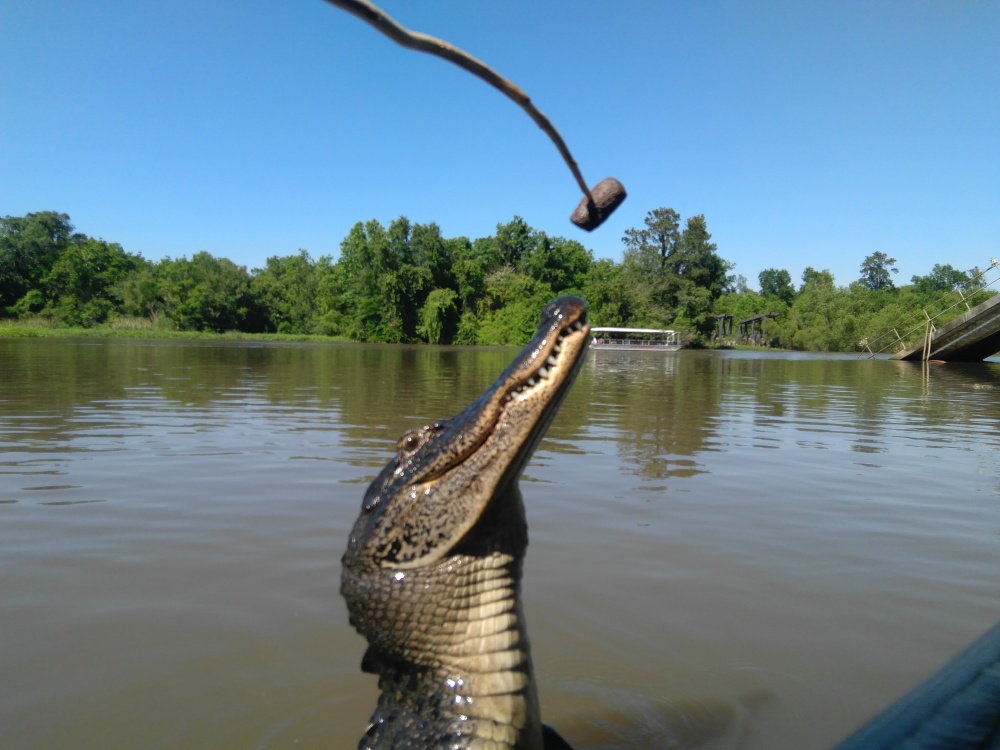 After scooting around and feeding a couple more alligators, we shot off to another location. Hopefully this little video gives a flavour of the boat.

He took us off into a back water to find Oreo…yep, there’s a boar they call Oreo because it dark brown/white/dark brown.

Seemingly she is pregnant and are know for trashing everything. They uproot trees and all sorts. Seemingly the Spanish brought them over back in the 1500s.

I think she needs her toenails sorted! On the way back we spotted an old smokey and the bandit style police car.